Let Them Roar takes a bow 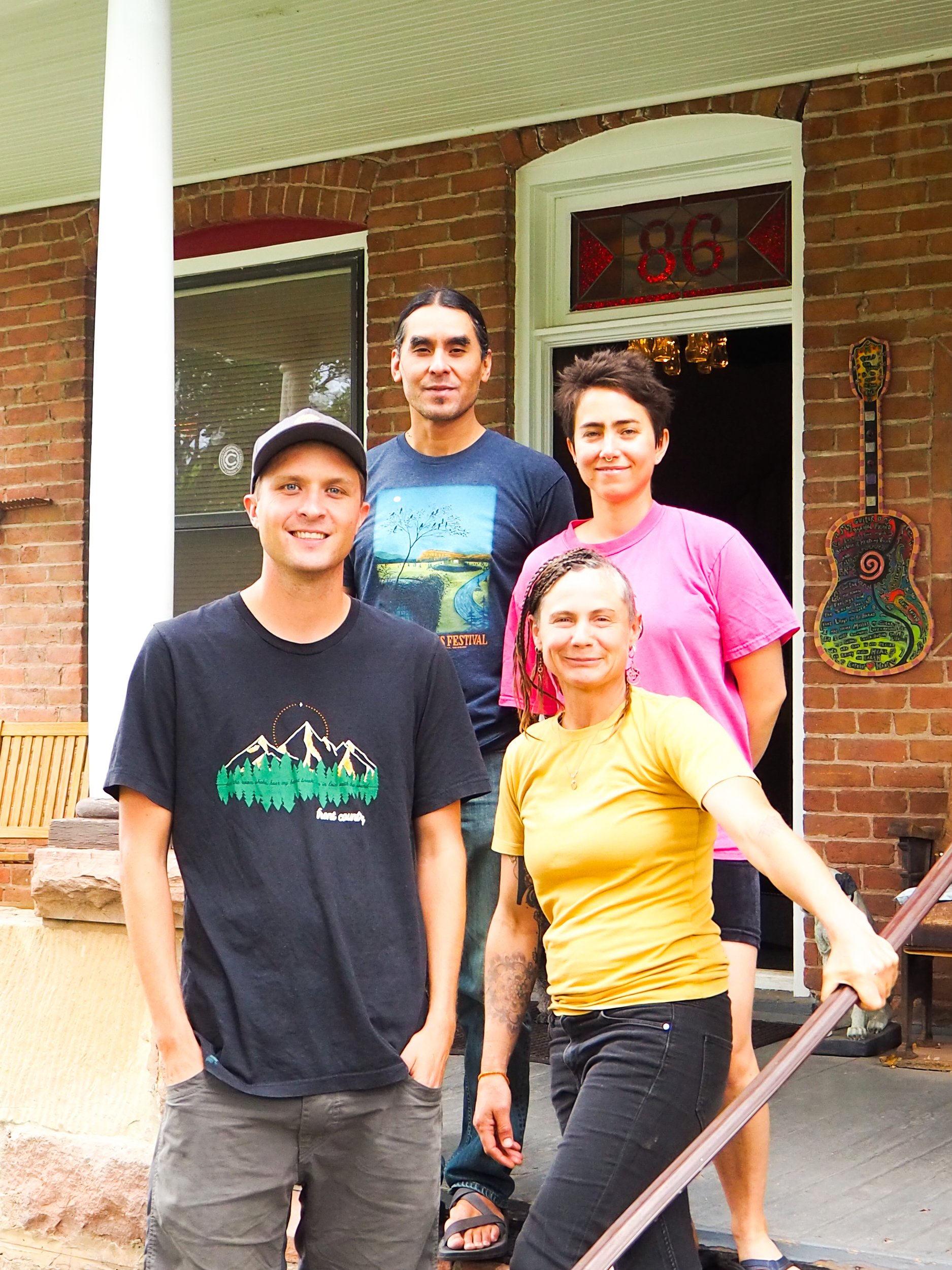 Playing by heart – For over a decade, Ashton Taufer, Mateo Sandate, Sophia Clark and Olivia Pevec have entertained and inspired crowds, carrying the folk tradition of protest music into a new century. The group will take a final bow at the 50th Carbondale Mountain Fair, releasing a new CD as a souvenir for the unforgettable journey. Photo by Raleigh Burleigh.

“We believe in the power of music to connect, to heal and inspire. We are a band in service to this power in a way that builds bridges, not walls, with a desire to cultivate meaningful community.” — Let Them Roar

After more than a decade of creating music and magic, Let Them Roar — once known as All the Pretty Horses — will play their final show, “for the foreseeable future,” at the opening of the 50th Carbondale Mountain Fair, on Friday, July 23, at 5 p.m.

Fans will, without a doubt, be treated to one epic finale of rocking country and folksy ballads, impulsing joy, love and justice.

The band has transformed with the times, always pushing for purpose and flexing the power of music in service to community, both local and global. Their colorful tapestry of sound has been woven by many hands and carries transcendent memories for all that participated in pushing the creative boundaries.

Lead vocalist Olivia Pevec attributes the group’s success to their uncanny ability to link up in song and journey together into the unknown. The band, in this final iteration, also includes guitarist Mateo Sandate, Sophia Clark on guitar and vocals and Ashton Taufer carrying the rhythm with an upright bass. The group’s final show will borrow the talents of drummer Alex Heaton and other hopeful guests.

Accompanying the show, Let Them Roar is releasing a new set of songs inspired by their unforgettable winter solstice show at Steve’s Guitars in 2019. The band performed in total darkness, with rich soundscapes and a film produced by Hamilton Pevec, Olivia’s brother, screening in the adjoining room. Community members were invited to join a chorus and trained for weeks leading up to the soulful exchange.

That show was the crescendo of Let Them Roar’s “I See My Light” campaign, a tour in support of the sanctuary movement in Colorado, raising awareness and funds for four women living within church spaces to avoid deportation, including Sandra Lopez of Carbondale. The tradition of sanctuary has deep historical roots and 90% of proceeds from the release of an original song benefitted the cause. Let Them Roar’s campaign raised over $15,000 for Sanctuary Colorado and the band played shows in churches throughout the state, including the church where Rosa Sabido has continued to live in sanctuary for over three years.

On the heels of that campaign, Let Them Roar crowd-funded studio time to turn the solstice show into a new album. Among the album’s concepts, to trace the journey of water from high mountain to the sea. As with everyone else, COVID caught the group in a sudden upheaval, their plans torn through. Making the most of the situation, and true to their nature, the band continued to drive creativity, creating virtual song circles on Zoom with guests like Bridget Law of Elephant Revival and local talent including Lisa Dancing-Light.

In the wake of the Black Lives Matter movement, they wrote a song of mourning for Elijah McClain, senselessly killed by Aurora police in 2019. The song featured guest artist Alex Blocker playing violin in honor of McClain, himself a violinist.

For a band that grew out of somebody’s living room, playing country music and debuting their material at C-Town — KDNK’s once-upon-a-time talent show contest — Let Them Roar has compiled an impressive body of original music and touched countless lives.

On New Year’s Day, 2014, All The Pretty Horses, which included drummer Aaron Taylor and guitarist/vocalist Frank Martin, changed their name along with a new album release. At the time of their renaming, Mateo Sandate told the Post Independent: “All the Pretty Horses is already taken by so many things — a book, movie, song and another band.” Speaking with The Sopris Sun, Sandate described one meaning of the new name, “What roars? It’s the river. It has a deep tie to nature for me.”

Let Them Roar has defined more than a decade of place-based music in the Roaring Fork Valley and their final release is sure to impress. Dave Taylor of Cool Bricks Studios helped the band record a few of the tunes and says that this latest work is “some of their most complex.” Cool Bricks Studios is located within Carbondale-pioneer William Dinkel’s former house. According to Taylor, the band embodies a quote that hangs by the studio’s front door: “Be the change you want to see in the world.”

The show itself is surely not one to miss, with extravaganza and celebration guaranteed. In the meantime, a new moon release of “Moonless Night”, the new release’s first track, is scheduled for July 9.

Listen back to an exclusive interview, recorded on the steps of Cool Bricks Studios and aired on KDNK, here.