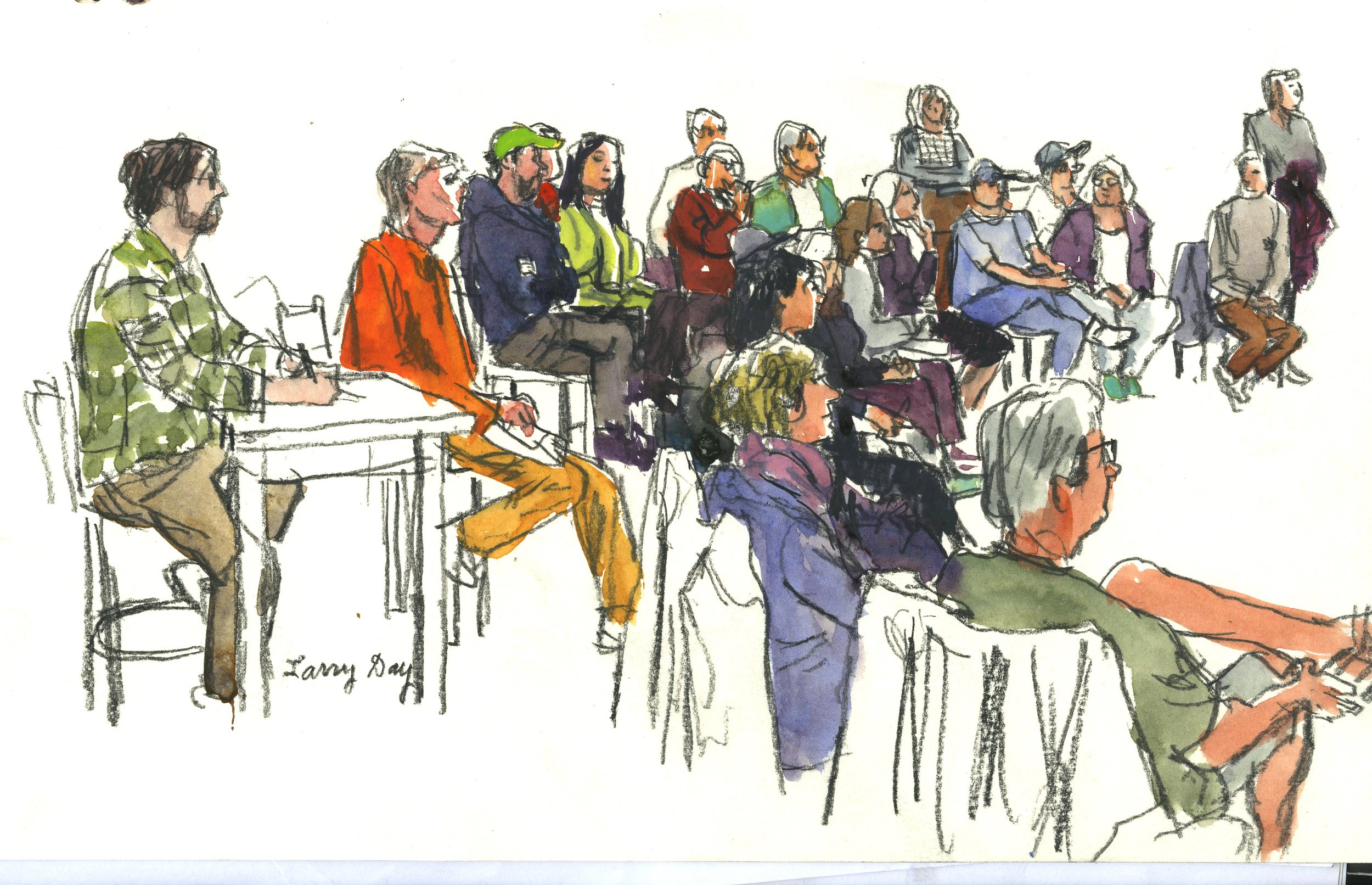 Well, it happened. The community got its chance to join in on the conversation about the Michael Francisco case and ask burning questions to Town officials. While the intention of transparency was there, it was significantly hindered by the officials heeding limitations of what they could discuss due to the potential of a civil lawsuit being brought against the Town.

After the forum, Sopris Sun Editor-in-chief Raleigh Burleigh and I reflected on the forum and what has led up to it. Having broken the news of the Christmas Eve 2020 incident — which nearly went unreported, had it not been for a community member bringing it to our attention — we feel a special responsibility to see the evolution of this story through.

“I’m proud to belong to a community willing to engage in hard conversations like this,” says Burleigh. “It’s clear that we’re all doing our best, and it could be worse. Thank goodness that everyone involved in the incident is physically well. Now, how do we transform it into a catalyst for collective improvement?”

It was an intimate scene as Carbondalians gathered, Tuesday evening, June 29, at the Orchard Church’s outdoor amphitheater. Francisco and Police Chief Kirk Wilson were within feet of each other, smiling and greeting attendees. The clouds and rain matched an inner tempest, eventually driving the meeting inside. By my estimate, there must have been at least sixty people present.

The meeting was pleasantly brought to order with three chimes of a singing bowl, struck by organizer Gwen Garcelon. Garcelon explained that the Town was not putting on the forum, rather the community invited Town representatives to attend who, we’re happy to report, respectfully complied. Marty Silverstein, Ben Bohmfalk and Mayor Dan Richardson attended on behalf of the Board of Trustees; Public Information Officer Anna Ramirez and Officer Paul Lazo appeared alongside Chief Wilson representing the police department.

The fact that the players in this case showed up tells us that they believe it matters. It gives hope that the town will move forward and — keeping with the theme — learn to do better.

Francisco does not have the same responsibility to the community as these officials, but he showed up just the same. I believe that took courage and selflessness and I struggle to think of any other reason that he would attend than having compassion for his community. He’s not just taking the money and running, as songwriter Steve Miller’s unrelated tune might suggest.

Notably, the community has yet to hear of an apology coming from any Town official directed to Francisco. I believe the Town would be in better standing with the community if they had apologized by now. Arguably, they are protecting taxpayers’ dollars because admitting wrong would damage the Town’s defense in a civil lawsuit. However, there were calls from taxpayers in the crowd to let the Town be sued and preserve its integrity by apologizing to Francisco. Richardson tiptoed around an apology, but ultimately said he’d wait until after the external investigation of the incident, claiming at this point, “I don’t know how to do that yet.”

I can say from my experience thus far in the Citizens Academy, which Wilson brought up during the forum, that the Carbondale Police Department is willing to listen. Wilson is willing to listen and make changes. He is striving to set a precedent of communication between the community and the department. He has made himself vulnerable and I believe he will become a better leader in the long run after the fallout of this case.

Officer Lazo got two thumbs up and a pat on the back from Francisco after saying that training is important, but even more so is that the department hires good human beings.

To no surprise, no one came on behalf of City Market. However, Richardson mentioned that he has spoken with a manager of corporate affairs for Kroger and they relayed that they are reflecting on the situation and considering making a statement. To the crowd’s amusement, the abundance of flowers at the forum were donated by the grocery chain without the store knowing the cause for their generosity.

In a nutshell, the forum was a first step in moving forward, but closure is evasive and questions remain unanswered.

Mountain Maes with KDNK recorded the forum and the audio will be available on KDNK’s website in coming days. The Carbondale Age Friendly Community Initiative has already made publicly available police reports and video footage of the incident at its website: bit.ly/CAFCIrecords