Solar in, redistricting out 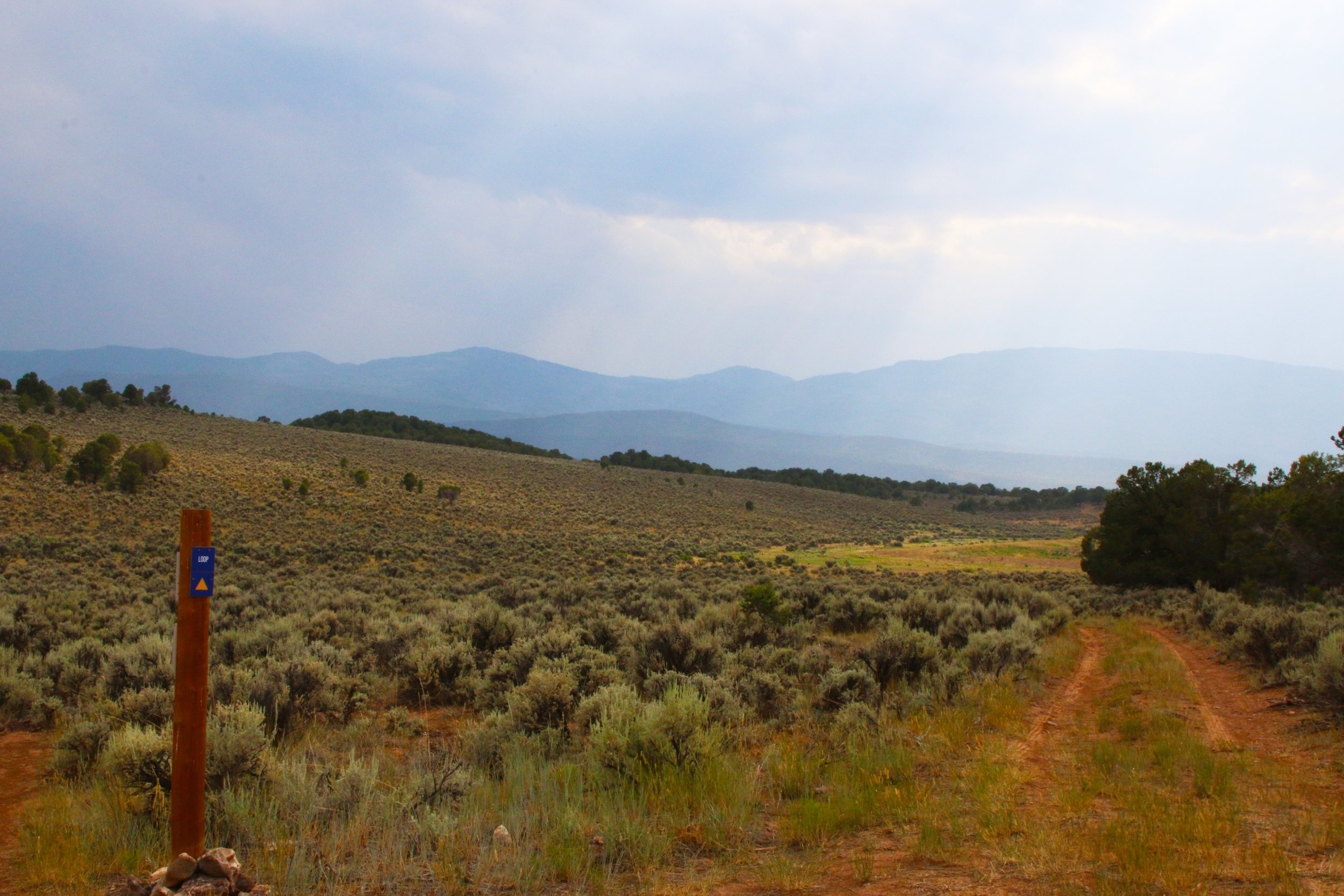 Pictured above is the 22-acre site of the approved solar array. Photo by James Steindler.

The commissioners began the meeting discussing the redistricting of Colorado House District 57 (HD-57). HD-57 Representative Perry Will was present at the meeting.

Commissioner Tom Jankovsky kicked off the conversation by making his concerns clear. The preliminary redistricting maps “carve out” a section of Garfield County from HD-57, which places the majority of Silt and Rifle in HD-55. It would also add Routt County to HD-57.

Jankovsky emphasised that the preliminary boundaries were drawn by staff and not state legislators themselves.

Because Representative Will’s home address, outside New Castle, is within the area that would be designated as HD-55, he would no longer be able to act as a representative for HD-57. “It’s kind of interesting how they loop up and just take out where I live,” said Will. Will acknowledged he is not the only representative in this volatile position.

“I’d appreciate any help I can get from the commissioners, I really would,” said Will, “because I truly love representing HD-57 and the people here. I would like to continue that.”

Jankovsky expressed that the initial changes are “not acceptable,” and implored that they each be present at at least one upcoming regional redistricting meeting. A meeting is scheduled in Carbondale on July 31 — a Saturday. According to County Clerk Jean Alberico, folks who want to attend need to sign up in advance.

Alberico asserted that it makes a clerk’s job more difficult when a county is split between House and Senate districts and complicates vote tallying.

According to Alberico, a final draft needs to be approved by the Colorado Supreme Court. “We’re on a really tight time-frame for elections for next year because we have a June primary,” she added. “Normally we have this information way earlier, and this is just preliminary numbers,” she continued, “the actual census numbers are not really going to be firmed up until early September.”

The commissioners agreed to draft a letter to the redistricting committee outlining their concerns.

The project will surround three sides of wastewater treatment ponds at the site location and is on CMC property.

A notice was posted at the entry to the site on May 20 but no public comment for the proposal was received.

Colorado Parks and Wildlife (CPW) had expressed concern that the solar array would obstruct the winter range for elk and deer.

“Let me clarify, their primary concern is over cumulative impacts to the area, not necessarily this one specific project impact,” said Senior Planner Vince Hooper, “Their concern is that, as they see more and more projects coming to this area, they’re reducing the potential for the deer and the elk to define that winter range.”

Jankovsky replied, “I think the cumulative impact started 50 years ago.”

Garfield County Vegetation Manager requested that annual treatment of the plumeless thistle be a condition of approval.

“This project started well before our involvement, when CLEER and Colorado Mountain College worked together to develop an RFP (request for proposal) to find a developer for the proposed site,” said Ameresco representative Geri Kantor.

Kantor estimates the project will take about eight months to build and construction is planned to begin before the end of the summer.

Kantor acknowledged the winter range for elk and deer but pointed out that there are no streams or wetlands and that it is not in a floodplain. Furthermore, the project will fund a separate CPW project which will benefit an equivalent 22 acres of land adjacent to a United States Forest Service habitat project at Toner Creek, helping the same elk and deer herds.

Jankovsky made the motion to approve the major impact review for the solar farm with conditions — including fire mitigation and treatment of plumeless thistle. Commissioner Mike Samson seconded, and the motion was unanimously passed by the board.