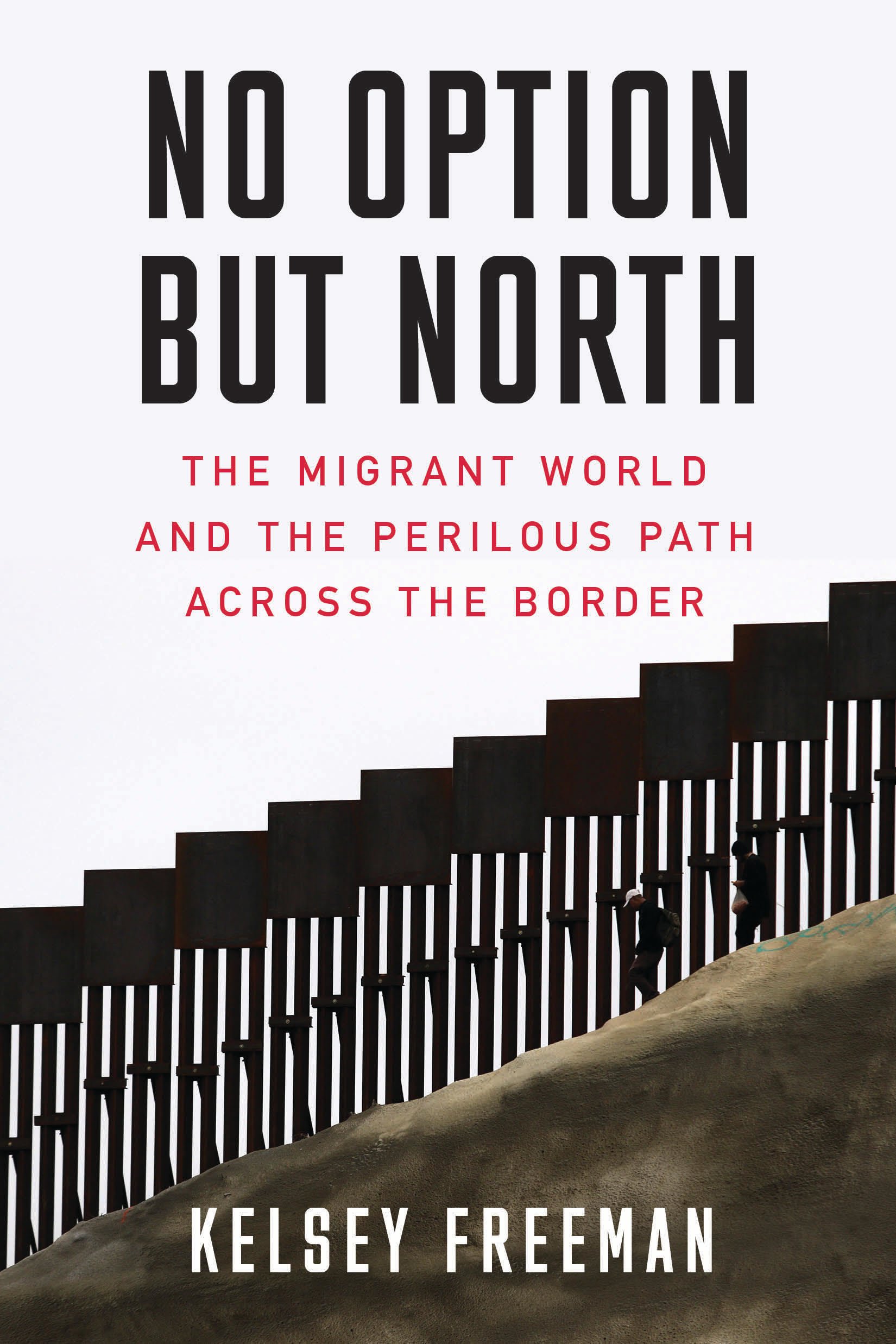 Author Kelsey Freeman was awarded the 2021 Colorado Book Award for Creative Nonfiction in June for her first book, “No Option But North.” Freeman grew up in the Roaring Fork Valley and graduated from Colorado Rocky Mountain School in 2012. She now lives in Bend, Oregon, where she works as a Native American College Preparation Coordinator for Central Oregon Community College.

“No Option But North” was released in April 2020. Due to the pandemic, all in-person publicity tours were canceled. Instead, Freeman did a round of radio interviews and virtual events, focusing on the book in particular and also as part of larger discussions about U.S. immigration policy. “Just when I thought it was kind of dying down, the book awards stuff came up.” Freeman told The Sopris Sun. “It’s still going, so I feel grateful for that.”

Freeman’s book is based on her experiences as a Fulbright research fellow living for nine months in Celaya, Mexico. While teaching at a university, she frequented a local migrant shelter to interview people about their reasons for leaving home and experiences along the way.

The central question of Freeman’s research is: what pushes people to risk everything to migrate? The answer is in the title. For many people, there’s seemingly no other option but to make the perilous journey. “If migrants know they will face unbelievable suffering and trauma on the journey north,” the book reads, “there can be only one reason why they undertake the trek — because there is greater hardship for them at home.”

Freeman courageously delves into the impossible situations that migrating people often find themselves in. “I wanted to situate that within a context, the structural and political forces that make it so someone from Honduras might walk thousands of miles and risk their life to get to the U.S. To understand those policies,” said Freeman, “we have to understand the values that are behind them. That has a lot to do with power, who has the right to be safe.”

Common throughout the book is the theme that family serves as the primary motivating factor for people to migrate, whether to reunite or to offer the best opportunities possible. “People just want to be able to be with their kids, their partners or parents,” said Freeman, “as opposed to being separated by an arbitrary line.”

The idea for “No Option But North” began in 2016 with a conversation on a bus to Chiapas, Mexico, while Freeman was researching for her undergraduate thesis. A man on the bus gently inquired, how is it that she — a young American — can travel to Mexico to study his people for a few weeks while he is repeatedly denied a visa to see his family in the U.S.?

Freeman was inspired to take a hard look at the roles of nationality, class and race in a person’s ease of mobility.

“[Writing] a book can be a solitary process, and in a lot of ways it was for me…” Freeman explained. “But it was also relying a lot on the knowledge of other people. I was 23, 24 when I was starting to try to publish…”

Freeman was named a finalist by the Colorado Humanities and Center for the Book in the spring of 2021. Her sister Tess Freeman, a photojournalist, is also honored by the award for her intimate portraits that lend the book an extra layer of humanity. “Our skills complement each other really well, I think that’s a rare thing,” Kelsey said of the team. She was also thrilled to have her sister’s company to help process the experience.

“My job has never been to give voice to the voiceless,” explained Freeman. Rather, “[To] give voice to structural policies and injustices that make the stories possible in the first place.” She hopes that the empathy and full dignity of the people interviewed comes through to readers.

Freeman is now looking at attending graduate school to focus next on informing policy decisions. She is also interested in looking at how climate change plays a role in migration, acknowledging that migration is a means of adaptation.

In her own brave and determined word, “We built this system and there’s no reason we can’t change things.”