Anything to get outside 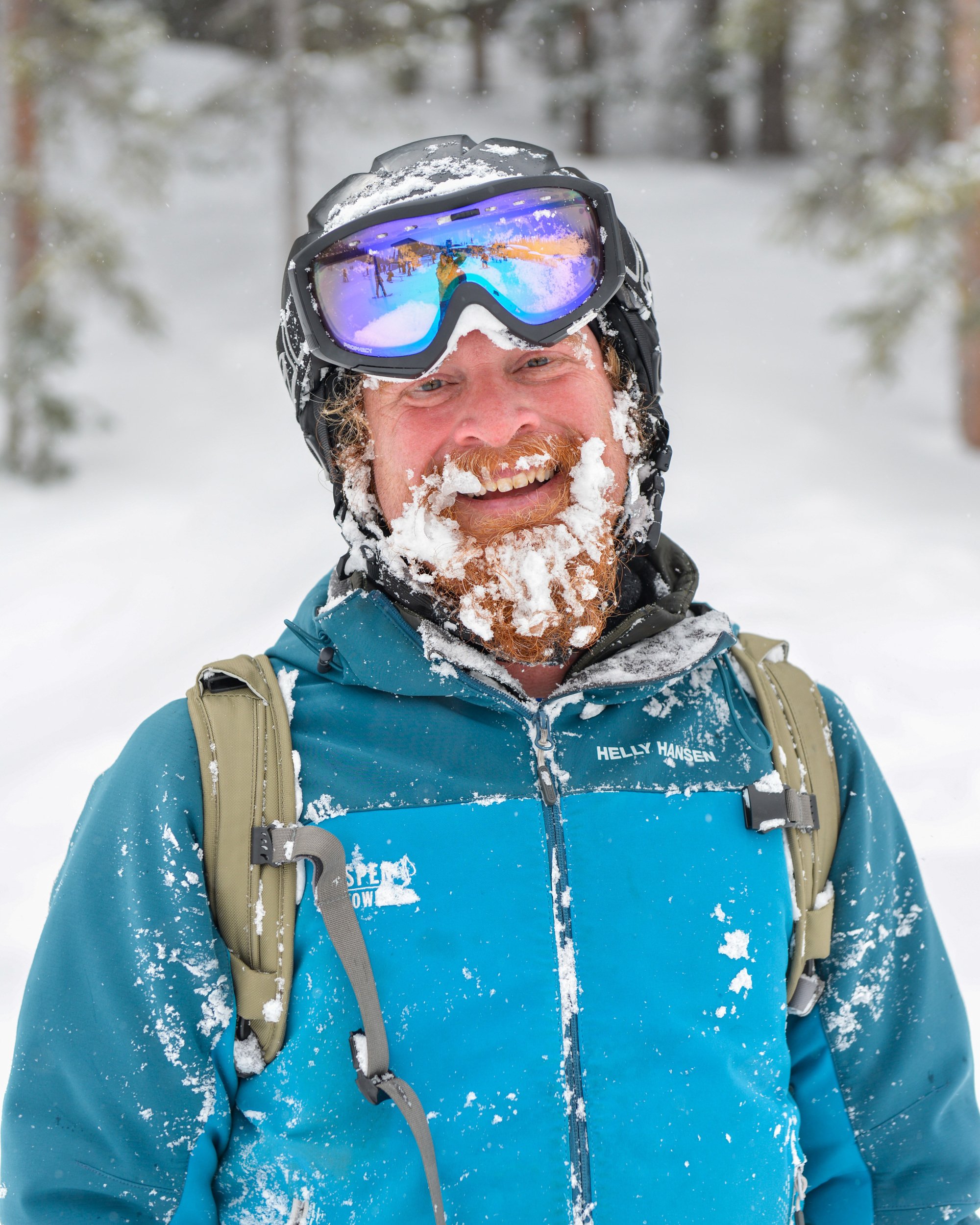 Photographer Jeremy Swanson said his goal in life and photography has always been "anything to get outside." Photo by Chris Council.

Jeremy Swanson is a talented local photographer and instructor who knew he would be satisfied with a job where he could do “anything to get outside.”

On Sept. 18, Swanson will lead an all-day workshop on outdoor photography as a part of Anderson Ranch Art Center’s summer workshop series. The lush Colorado fall foliage is the subject matter, and “students will use iPhones and select camera apps to capture, edit and catalog images.” Swanson said any iPhone or Android cell phone camera would work.

Andrea Jenkins Wallace, vice president of artistic affairs and director of photography at Anderson Ranch, has known Swanson for 13 years. She asked him to teach courses, calling him “one of the best teachers we have.” She continued, “He’s a really patient teacher, and the passion he has for photography is passed on to his students.”

Because of the breadth of experience Swanson has exploring the Valley, Jenkins Wallace observed, “He knows every location, so people can get excited about the landscape.”

Originally from Galesburg, a small town in central Illinois, Swanson grew up camping in Estes Park with family every summer. As he recalls, “I just thought it was heaven on earth — the place I wanted to be.” 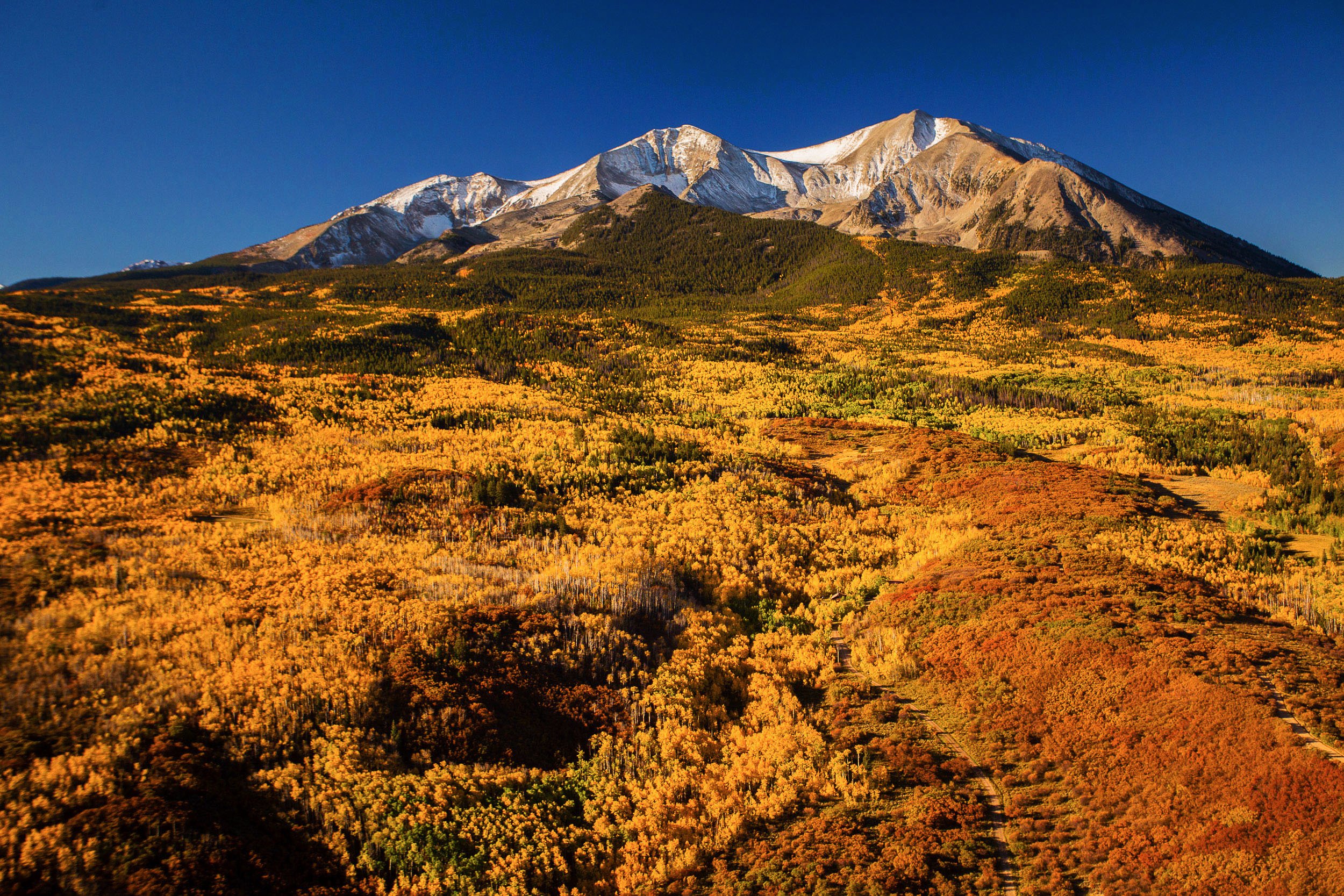 Mount Sopris, dressed in her fall colors. “It’s like shooting fish in a barrel here. We’re on the lucky side, living in a place where there’s amazing natural jaw-dropping beauty.” Photo by Jeremy Swanson.

After graduating from the University of Illinois, he looked for job opportunities in the Colorado Rockies. In 1999, Swanson was hired for a position at Anderson Ranch Art Center in Snowmass. He and his wife, Jennifer, moved here the day after their wedding. Today, Jennifer is his business manager and their daughter, Tilly, recently started college at the Massachusetts Institute of Technology.

During the five years he worked at the Anderson Ranch offices, he continued taking photos, then decided to venture out on his own as a full-time photographer.

By 2005, with a solid photography portfolio, he secured his first significant partnership as a contract photographer with Aspen Skiing Co. (SkiCo).

At that time, Swanson said, SkiCo wanted photos to put on their website’s homepage and social media sites. “It was fortuitous timing. I happened to walk through the front doors at the right moment to get that partnership. And, of course, it’s been a great one over all these years of being able to photograph skiing and landscapes,” Swanson shared.

He is one of a handful of SkiCo’s contract photographers, fulfilling one contract for winter and another for summer. He supplies them with photographs of mountain biking, hiking and sunrises in the summer, and powder skiing and après-ski around the fire in the winter. 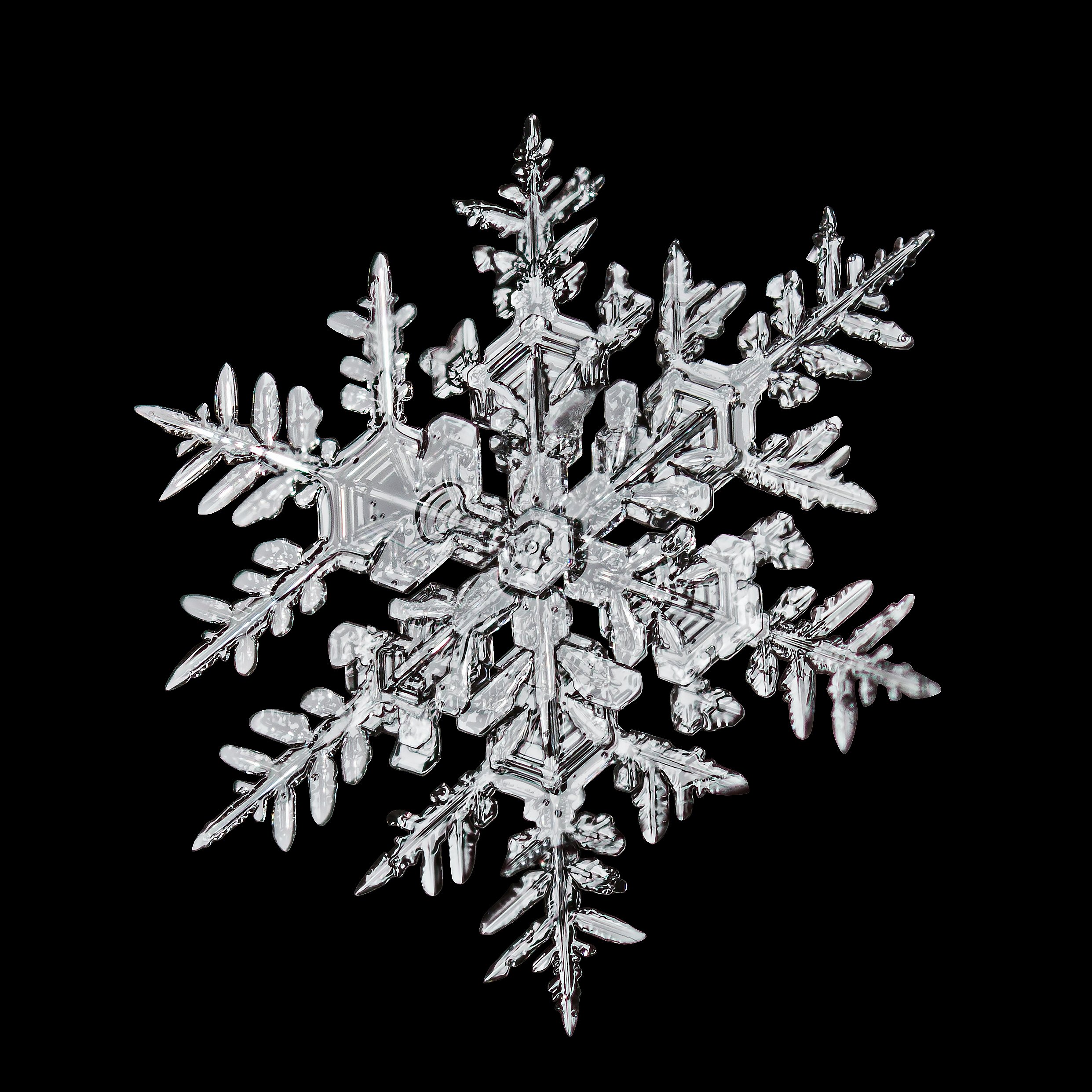 On photographing snowflakes, Swanson explained, “They’re a little record of the temperatures and humidity from where they formed until when they landed.” Photo by Jeremy Swanson.

About five years ago, Swanson started photographing snowflakes. “I really wanted to wade more deeply into winter here, and what that meant, so I got this notion to figure out how to photograph snowflakes.”

He said whenever it snows, he bundles up, even if it’s at midnight, and heads out with his photography equipment to “look for those perfect little crystals.” He photographs them against the backdrop of a black wool scarf made by his wife as they land “on the little, sticky pieces of wool fiber.”

The snowflake’s journey, gathering bits of ice crystals and being lofted to and fro by winds, Swanson described as, “a little story about their own journey from the formation to the landing, and about the temperatures and winds they went through.”

For the last six years, Swanson has been teaching at Anderson Ranch and the Art Base in Basalt. What he enjoys is the experience of sharing photography with others. “The best part is seeing people figure something out when it lands with them.” 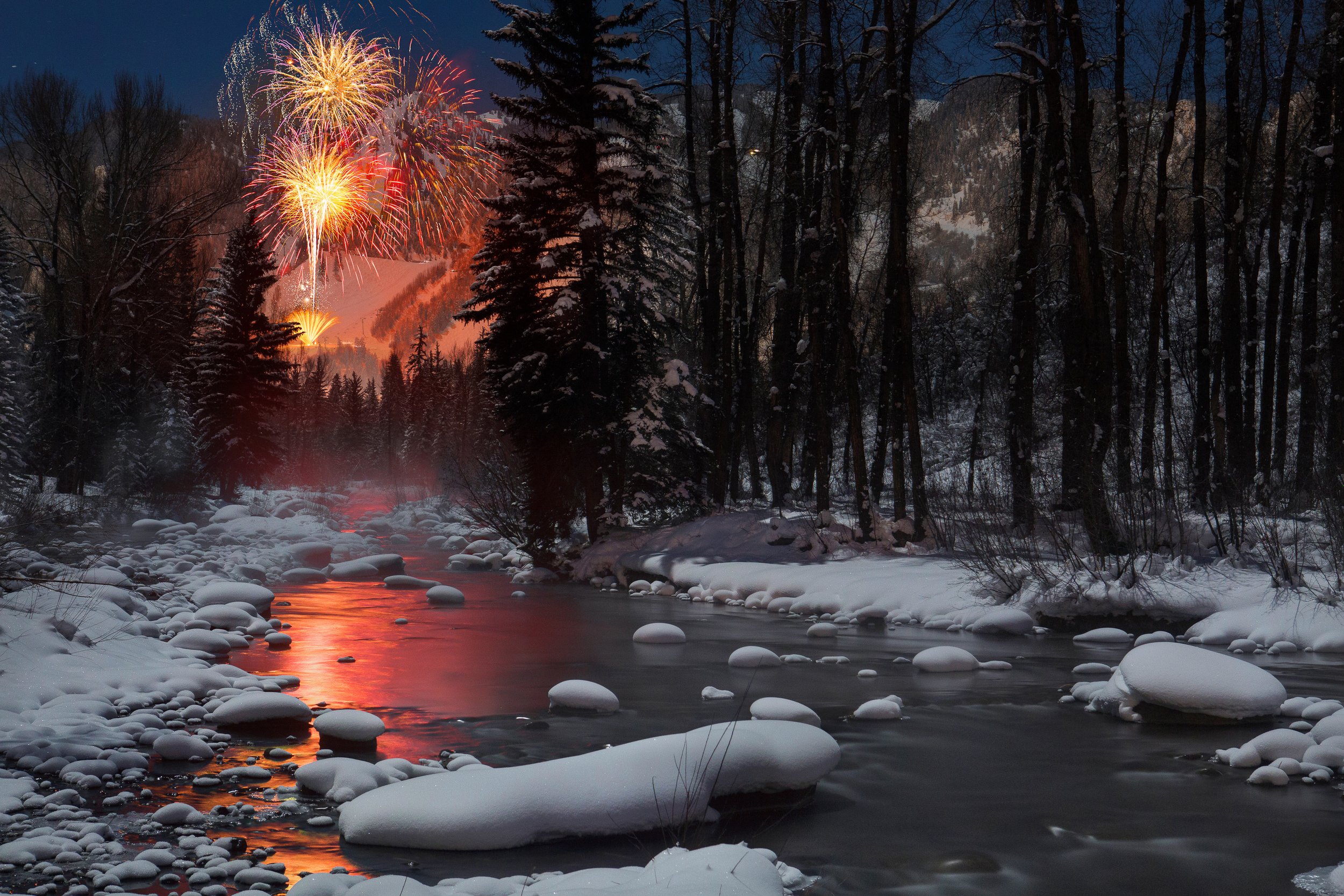 “Sometimes timing works out with fireworks and the full moon and makes it a lot prettier than it could otherwise be,” Swanson said of his photograph taken of New Year’s Eve fireworks over the Frying Pan River. Photo by Jeremy Swanson.