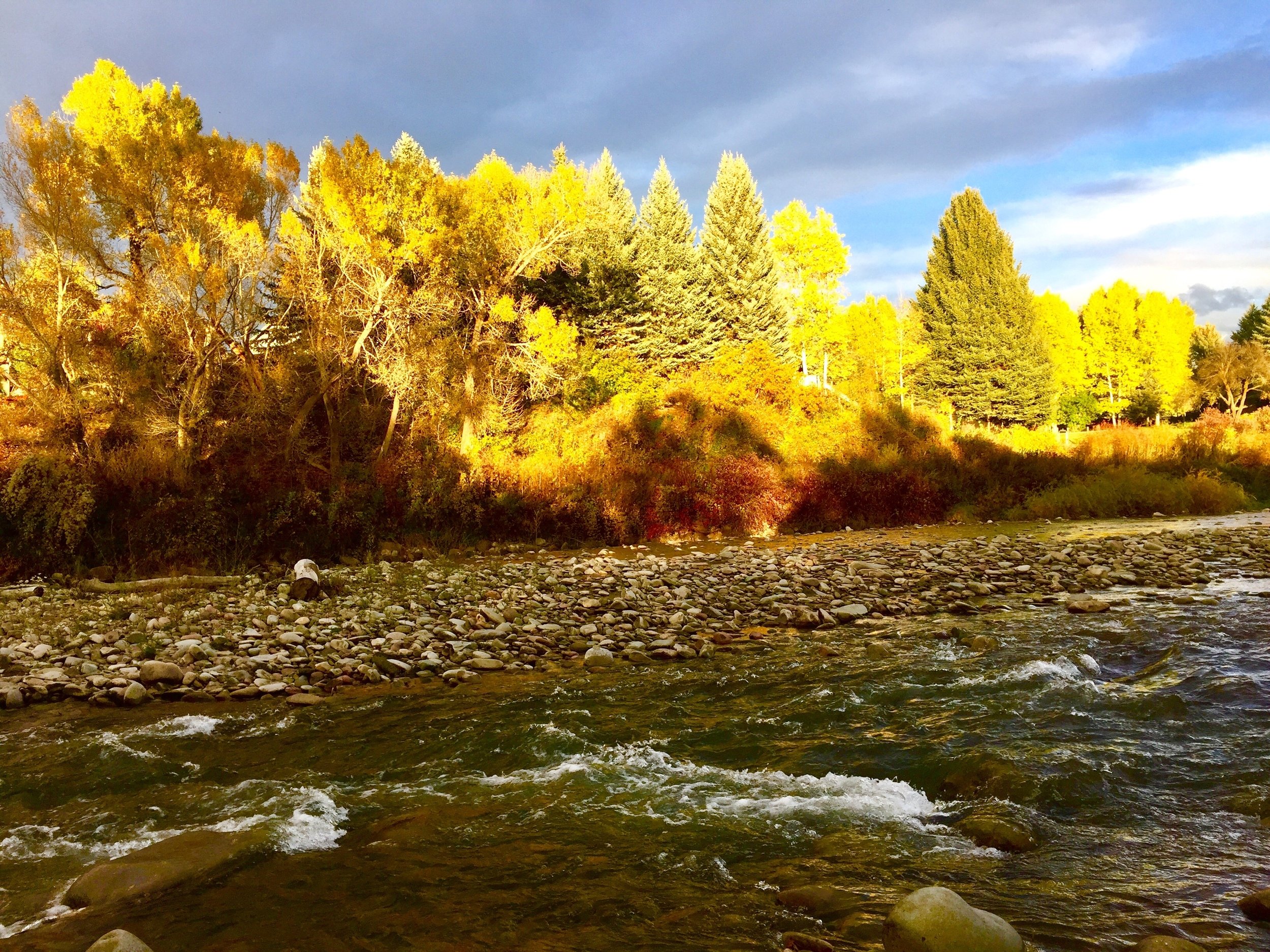 Golden light bathes the shores of the Crystal River. Photo by Raleigh Burleigh.

The Center for Human Flourishing, located at the Third Street Center, has spiraled into its identity much like a person, focusing its expression for the benefit of our community. The nonprofit derives its name from Dr. Elliott Dacher’s definitions of integral health, addressing the entirety of human experience: biological, psychospiritual, relational and cultural.

Responsible for hosting monthly, plant-based potlucks and countless other health-promoting events, you may know this organization by a different moniker. In the early 2000s, the late Clifford Duncan, a Ute elder and historian with many friendships in the Roaring Fork Valley, offered the expression “Dävi Nikent” to describe this nascent nonprofit’s intention. In the Ute language, those words mean: “Always Light.”

“It serves in the heart, but people don’t get it,” explained founder Rita Marsh. “People kept asking, ‘Who is Davi?’”

Nonetheless, the Ute words will always form a part of the center’s history, according to Marsh, “and hold that what we do does provide light.”

In keeping with their mission, “to promote health and well-being for individuals, families and community by offering experiential workshops, seminars, retreats and topical films by pioneers in integral health and human flourishing,” the center is emerging from the pandemic with an in-person, educational opportunity: the Regenerative Living Course with Lisa McKenzie.

McKenzie began her career as a nurse and currently teaches biology and health at Basalt High School. The six-part Regenerative Living Course will dive deep into the climate crisis as it relates to soil health, nutrition, water and action steps to take better care of oneself and the planet.

“I really felt like the pandemic was going to stop people in their tracks and have them reconsider what they’re doing,” reflected Marsh. “Hopefully this will be an impetus for personal and larger conversation.”

Marsh and McKenzie were galvanized to offer the course after reading a slew of urgent reports from global scientists describing the “code red” state of our climate and critical species like bees.

“We’re past the place of sustainability,” surmised Marsh. “We really need to be moving into regenerative action.”

When McKenzie approached Marsh with the idea for this class, the response was: “Absolutely, right on.”

The material relates especially to environmental and personal health issues derived from industrial agriculture practices. “Both of us feel that it’s a really necessary topic,” said McKenzie. “I think there’s a lot of people that don’t totally know about what’s going on. It’s important to educate people so they can make decisions.”

Acknowledging that there are many farms practicing regenerative agriculture in the Valley, most of the country is fed by large farms using chemicals that harm microorganisms in the soil and inevitably build up inside of people. “They’re finding glyphosate [the active ingredient in Monsanto’s Roundup herbicide] in the food, water and air,” said McKenzie.

Each week, the course will present educational videos and facilitate discussion, then share a meditation tool to allow participants to quiet and focus their minds to process and release emotions such as fear, sadness and anger.

“We don’t just sit, we focus on images and feelings within and work with golden light,” shared McKenzie, who trained with meditation master Gary Springfield.

“I’m hoping that people walk away with a greater understanding about what’s really going on … and people realize they can make some kind of a difference, even if it’s small,” McKenzie continued, “however that appears for them.”

The course will run for six weeks, beginning Oct. 21, on Thursdays from 6:30 to 8:30 p.m. People are welcome to drop in for individual classes, or attend from beginning to end. If there’s enough interest, the Regenerative Living Course will continue in 2022.

McKenzie and Marsh are also exploring the possibility of taking online classes as a group through Ubiquity University, a global university designed for regenerative impact https://www.ubiquityuniversity.org/

“We’re planting a seed to see what mighty oak may grow,” concluded Marsh.