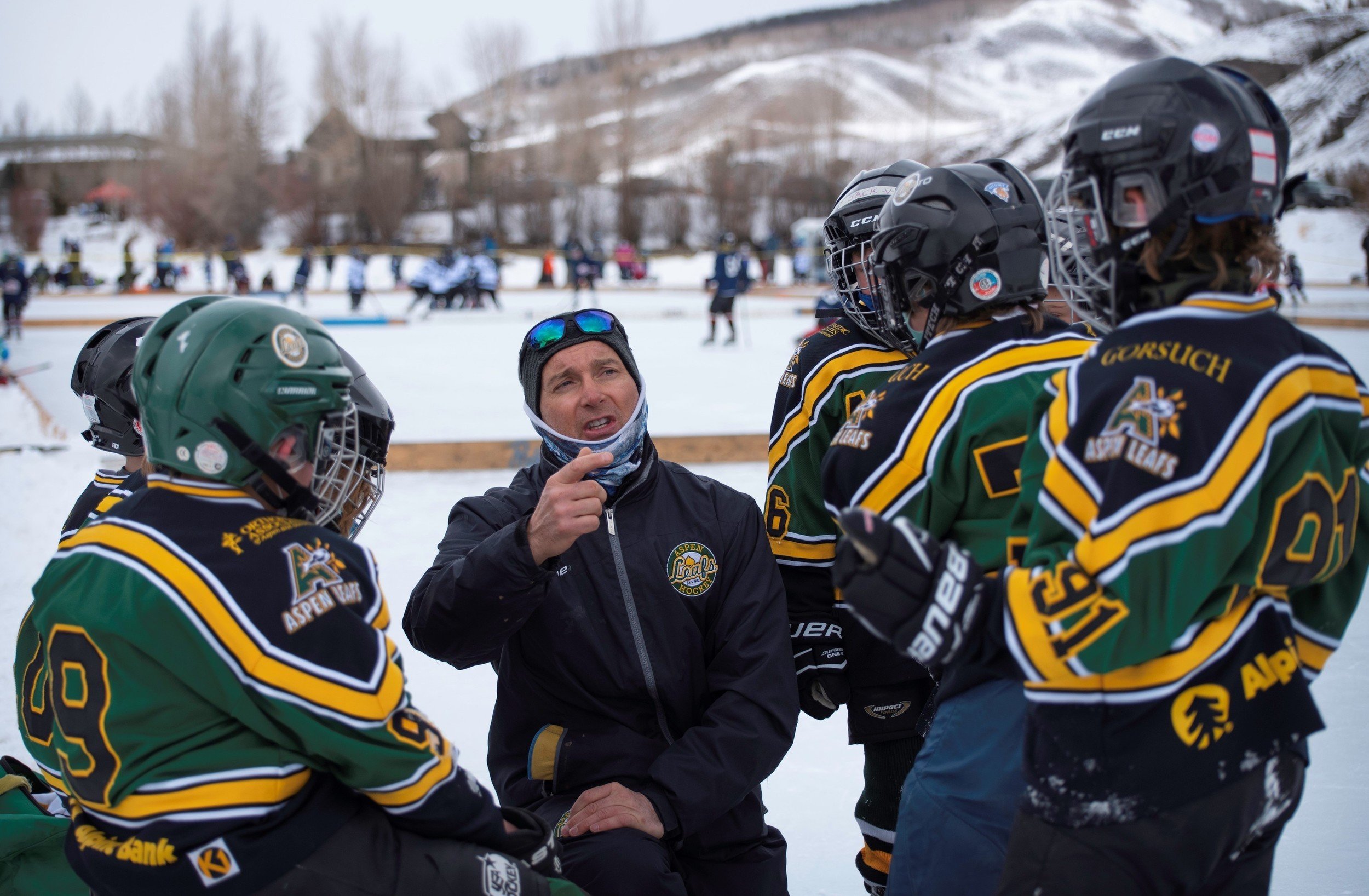 He is starting a hockey program, Colorado Extreme, for kids in the valley up to eight years old. Everything, including the equipment, is free. Crown Mountain Park in El Jebel will provide the ice rink (which should be ready mid-November) and even a bathroom facility with a warming hut. Roughly 500 sets of skates are on-hand for eager participants.

Hockey is not just a game to Wolitski. The sport has lifted him to new heights in life. As a teenager, similar to many young people, he started down “the wrong path” and, looking back, says hockey was his saving grace.

Wolitski earned a scholarship from Alabama University Huntsville to play hockey. There, he studied entrepreneurship. Soon enough, he graduated and later went on to start his own multi-million dollar tech company, The Select Group. “Being a hockey player and seeing how it positively impacted my life, and completely changed the trajectory, I was super passionate about giving kids that same opportunity,” he said.

He was glad to say he is “spending way more time on this project than I am with my own company, which is pretty cool.” In fact, he recently stepped down as the company’s CEO.

Wolitski has served on the Aspen junior hockey board and volunteered as a coach there. He noticed that his neighbors in the mid-valley area were not apt to have their kids join the junior league in either Glenwood Springs or Aspen.

Part Colorado Extreme’s mission is to engage a diverse group of kids. The goal is that at least 25% of the players be Latino and 25% girls.

According to Wolitski, the National Hockey League (NHL) is also focusing on diversity and inclusion. When he reached out to the NHL, the institution offered to purchase 100 sets of equipment for the new program at Crown Mountain Park. “My jaw just dropped,” said Wolitski about the offer.

Thus far, 120 kids are registered and 75% of them, according to Wolitski, have never played hockey before.

In the future, he hopes to expand the program for young people up to 18 years old. The seasonal rink they’re creating this year is not a full-size hockey rink, which would be necessary for older kids to play.

Before COVID-19, Wolitski had plans to open a multi-purpose recreation center, with a year-round ice rink, at Crown Mountain Park. He assured The Sopris Sun that those plans have only been postponed and that is still the end-goal. “I haven’t taken my eye off the ball,” said Wolitski, “I know to have a sustainable hockey program, I’ve got to have a rink that has ice year-round.”

Wolitski hopes to get some adults involved on the seasonal rink this year too, but the teams would have to be smaller, like three on three — and no checking!

Wolitski hopes that prospective participants aren’t deterred by having to register online. Because some folks may not be comfortable with providing their information, perhaps due to not having documented residency status, he invites everyone to come to Crown Mountain Park this weekend to “check-it-out” and register in-person.

Parents and kids are invited to the pavilion at Crown Mountain Park on Oct. 16 and Oct. 17 from 10 a.m. to 1 p.m. to meet Wolitski and coach Carlos Ross (who speaks Spanish fluently) to get the kids fitted with hockey equipment, which, again, is free. There will be a rock wall and a bouncy house in lieu of the hockey rink, at least for now.