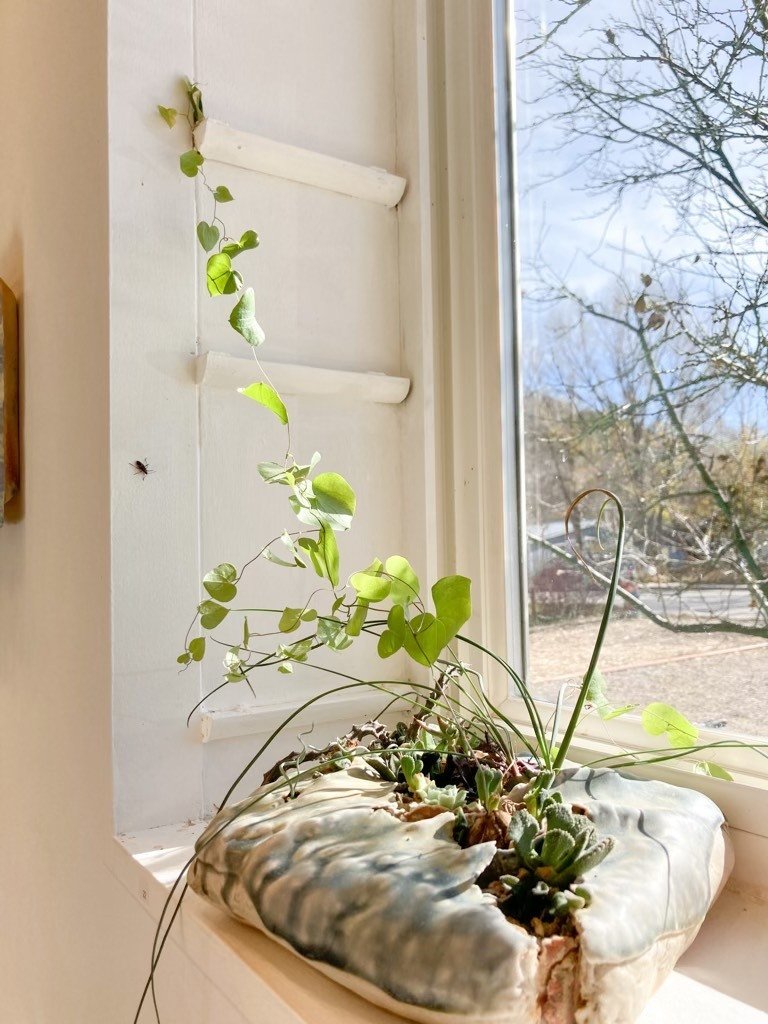 Sara Ransford has been living in the Valley since 1977, moving from Carbondale to Aspen, and then back to Carbondale. She worked as an art teacher at both the Carbondale Middle School and Carbondale Elementary School during the ‘80s and ‘90s, where she met Diane Kenney, a fellow art teacher at Colorado Rocky Mountain School and founder of the Carbondale Clay Center (CCC). They became friends, and Kenney told Ransford all about CCC. Ransford has since been a contributor and donor for many years. She has done a show here and there, and was very connected when her good friends K Rhynus Cesark and Sara Moore were directors in the past. “It’s really been fun to watch it from the very beginning,” said Ransford.

She took her first clay class at the University of Colorado Boulder in 1979. She had nearly died in a very serious accident before taking the class with Betty Woodman. They had a great connection and, part-way through the year, Ransford realized that this is what she wanted to do. If she hadn’t almost died, she told The Sopris Sun, she may not have changed course on her life career to do clay. She realized, “I need a career that’s going to keep me passionate my entire life.”

Ransford also spent many years at the Anderson Ranch Art Center and met many people who helped her. One of these people was Doug Casbeer, artistic director of the clay and sculpture program, who encouraged her to apply for a residency at Anderson Ranch. All of the mentoring she received there gave her the confidence she needed to start pursuing her art, to really go for it.

The show she currently has at the Clay Center is in collaboration with botanist Joey Glickman, whom she met while teaching at Anderson Ranch last year. “He was such a creative person on so many different levels, and so I said, well maybe I should do a collaboration with him.” Glickman also helped come up with the powerful title for their show: “Feeling Walls.”

Ransford loved the idea of the clay coming to life, of “living stone.” Organic things like water — one of her main inspirations — have been the root of her art. She’s also an avid kayaker and rock climber, so she has a close connection with rock and its surfaces.

A lot of her work is also based around the idea that we are entangled, especially since COVID-19. There are references to rivers and water, that our lives are just a network of eddies and currents. Sometimes we run into dead ends and have to climb our way out. We might continue through the currents, or get stuck in the eddies, but we have to figure out a way to move on.

In a desert environment, there are a lot of edges. Plants develop edges to repel things, the wind has an edge and it carves down the rock, sometimes right to a point. Ransford mainly uses paper clay, which gives her an opportunity to play with and explore fragility, to push that edge of vulnerability in her art. In her words, her art has moved “from the pedestal to the walls.” In ceramics, there is this question of whether it’s a craft or a fine art. In Ransford’s mind, once you put it up on the wall, it makes the connection that, “Oh, this is now considered fine art.” It’s a very different way of working with clay, and each piece takes a tremendous amount of time.

“Everybody says, how do you make this? And I said, pretty much how you see it, right? I mean, it’s one piece at a time.” But that’s important to her, too. It’s all about the meditative process.

Ransford’s show features 28 of her pieces, five of them collaborations with Glickman. The show will continue until Dec. 18 at the Carbondale Clay Center, open Tuesdays to Saturdays, from 10 a.m. to 5 p.m.